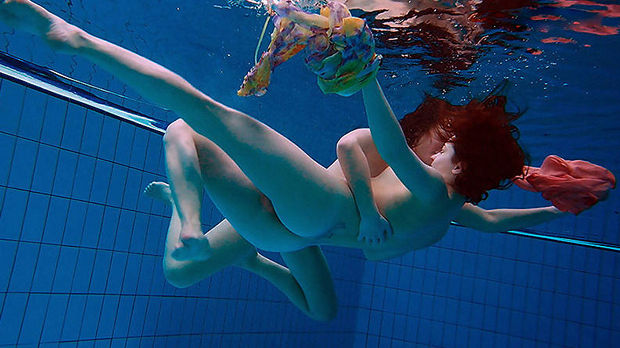 Lifetime
Lifetime discounts lock in a low rate for the life of your membership!

We knew there was always a reason that the Little Mermaid made us hard – the thought of those seashells slipping off, leaving her round tits bobbing and floating in the open sea; and her annoying voice getting silenced as she sucks Prince Eric’s cock—that’s our version of the Disney movie anyway. But up until now, we had no idea that there was a whole porn niche dedicated to naked chicks underwater. Sure, everyone has seen those artsy black and white photographs of chicks floating and stuff, but this is a whole other level of eroticism. So if you love it when a woman gets wet in every way, then consider this discount to Under Water Show your ticket to the greatest show that’s not on land.

Usually, it's only one girl per video, but sometimes they're joined in the pool by one or two other babes. The ladies might swim together and interact a little, but things don't ever get raunchy—no lesbian action, alas. However, this site gives one ample opportunity to appreciate the nude female form in a zero-g underwater environment.

As you might expect, it’s a very small collection of videos – only 164+ that we could determine. And the content is not dated, nor is there a clear update schedule (they say every two weeks, but this might vary), so caveat emporium. But, if this niche speaks to you, then by all means, take advantage of our ‘deep discount’ and join up. You can stream (in flash player) or download all the movies (as windows media or Mp4s). Surprisingly there are no picture galleries, which is a definite waste of this site’s premise in our opinion.

Oh well, ultimately this site is still quite novel and pretty damn hot, so don’t be afraid to ‘dive right in’ and grab this deal. At the very least you won't look at the Little Mermaid or a public swimming pool in the same way ever again.